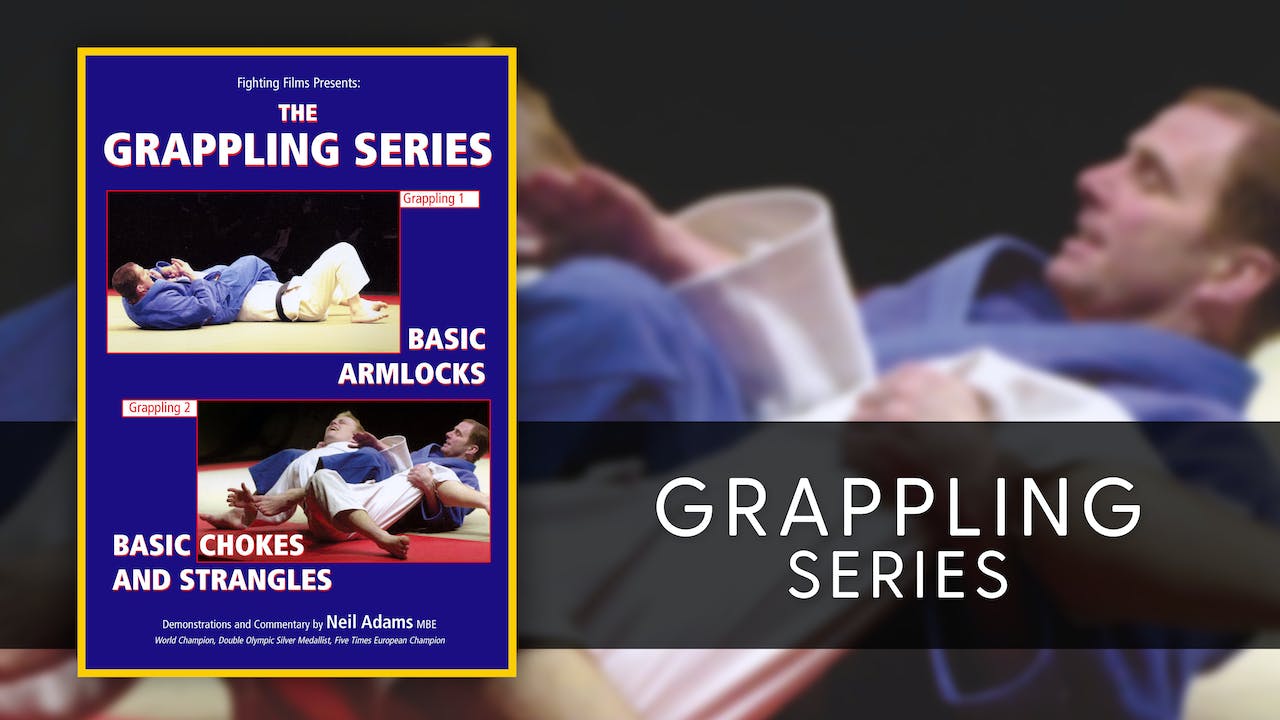 Both parts of the Grappling Series, 'Basic Armlocks' and 'Basic Chokes and Strangles' are available! Learn from the master of grappling, Neil Adams, who demonstrates all the techniques in minute detail, and starts with transition from standing to groundwork. The Grappling Series has a fantastic menu system, includes demonstrations without jackets, and includes competition footage.

Neil Adams is one of the finest exponents of grappling techniques the world has ever seen. Many of his victories in European, World and Olympic Judo competitions were won on the ground, including his famous armlock in the final of the 1981 World Championships.

His extensive knowledge of submission techniques has made him one of the most sought after teachers by fighters from many different disciplines. In this product, both parts of the Grappling Series, 'Basic Armlocks' and 'Basic Chokes and Strangles' are available. Adams demonstrates all the techniques in minute detail, starting with transition from standing to groundwork. It includes four of the most effective methods of getting into the cross armlock position and breaks down the principle methods of controlling the opponent and attacking the neck. Many of the techniques are demonstrated with and without jackets.

For any grappling student or judoka this film is the essential introduction to armlocking, choking and strangling.